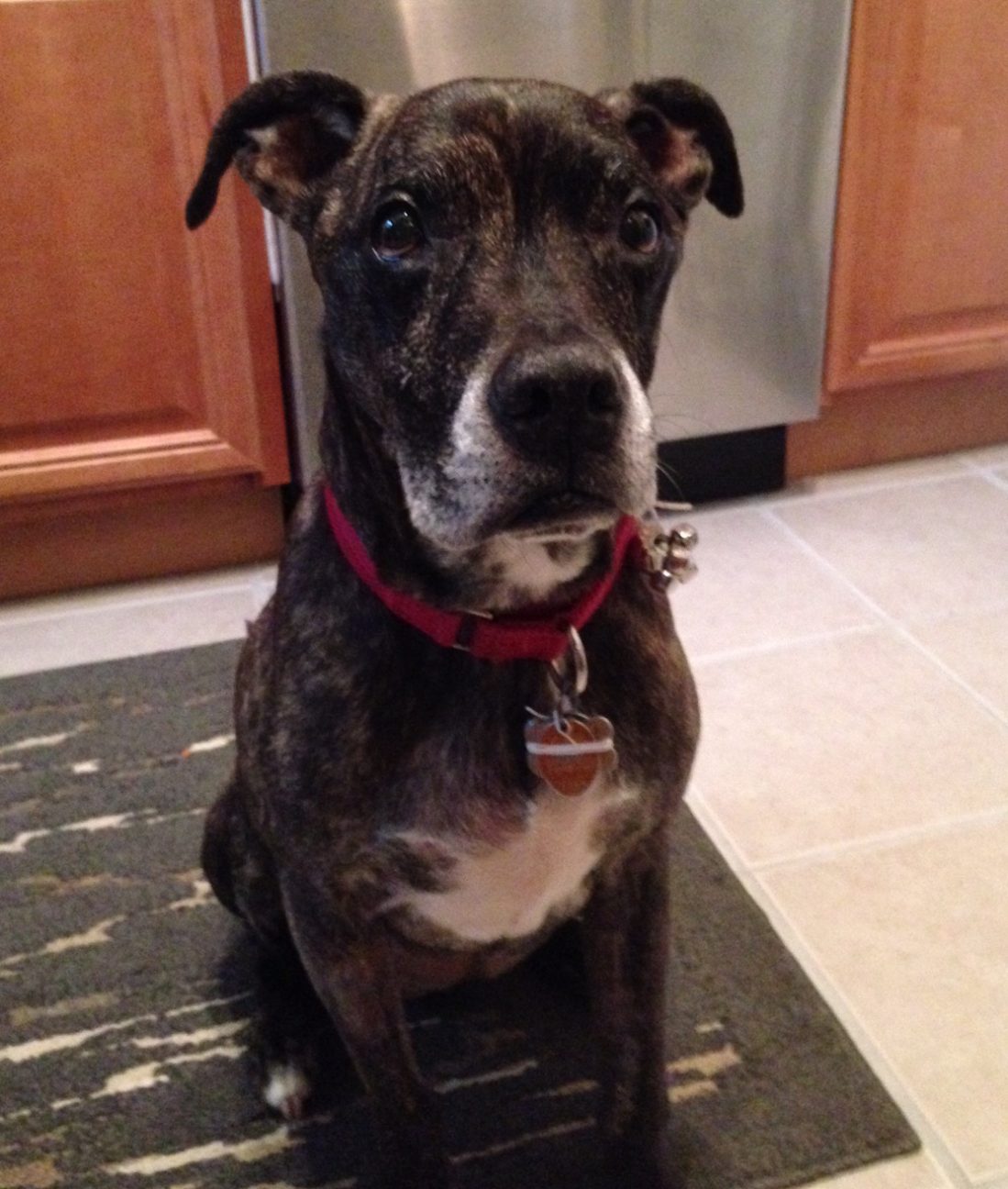 Clifton, NJ – May 11, 2016 –Steve Venier knows a thing or two about sick animals. As a regional manager for a large specialty and emergency animal hospital system, he has seen hundreds of ill and injured patients over the years. So when his own pet, a 10-year-old dog named Tina, was suddenly ailing, he quickly brought her in for a comprehensive exam.

Tina was diagnosed with a trigeminal nerve sheath tumor – doubly dangerous because of its proximity to the brainstem and confinement within the skull.

Fortunately, new technologies have been developed to improve the efficacy of treating a wider range of tumors, especially in delicate locations like the brain. Veterinary oncologist Joshua Lachowicz, DVM, DACVIM (Oncology) referred Tina to what was then known as the Veterinary MRI and Radiotherapy Center of New Jersey. The progressive cancer care and imaging center was among the first to deliver an emerging form of advanced radiation therapy called stereotactic radiosurgery (SRS). Now known as the Veterinary Radiosurgery and Imaging Center (VRIC), the leading-edge practice is part of a national network of cancer care centers operated by PetCure Oncology.

SRS is an advanced form of radiation therapy with decades of success in human medicine. Having recently become available to pets with cancer, SRS offers significant benefits over conventional radiation therapy (RT) by:

“I didn’t know there was even a possibility to cure her – and I am in the industry,” said Steve. “It’s not like a simple tumor that can be easily removed. But after doing research about SRS, seeing how exceptional the VRIC team was, and learning that the equipment was human-grade, I knew we were in the best possible hands.”

Tina had three SRS treatments delivered on consecutive days without any side effects. One year later, a follow-up MRI showed the tumor had been reduced by two-thirds of its original size. Tina was on the path to being cancer-free – until she had a seizure just after her treatment anniversary.

Another MRI revealed a second tumor – completely unrelated to the first – in the frontal lobe of her brain. This time it was a glioma, a brain tumor that is very responsive to radiation therapy. Steve made another appointment that ultimately led to another three-fraction treatment course of SRS. Six months later, a follow-up MRI showed no trace of the tumor. With the exception of general aging, Tina’s personality remained the same throughout the two years of treatment.

“Successfully navigating cancer care takes very careful application of best practices in quality assurance, best technology, and highly trained experts to provide the best outcome,” said Mike Jones, R.T. (T), VRIC director of radiation therapy. “Using the same SRS technology with pets that has been effectively utilized for humans for decades has been a game-changer. We are saving lives every day.”

In recognition of May’s Brain Tumor Awareness Month, PetCure Oncology appreciates that brain tumors occur in both humans and pets. Seizures are the most common indication of brain tumors in dogs. Other symptoms may include unusual behavior or temperament, vision problems, movement in circles, uncoordinated movement, unsteady gait, lack of appetite, inappropriate urination, and/or lethargy. While brain tumors in cats are less common, they may display the same symptoms as dogs along with head-pressing and unusual meowing. Seek immediate care for a pet that shows indications of a brain tumor.