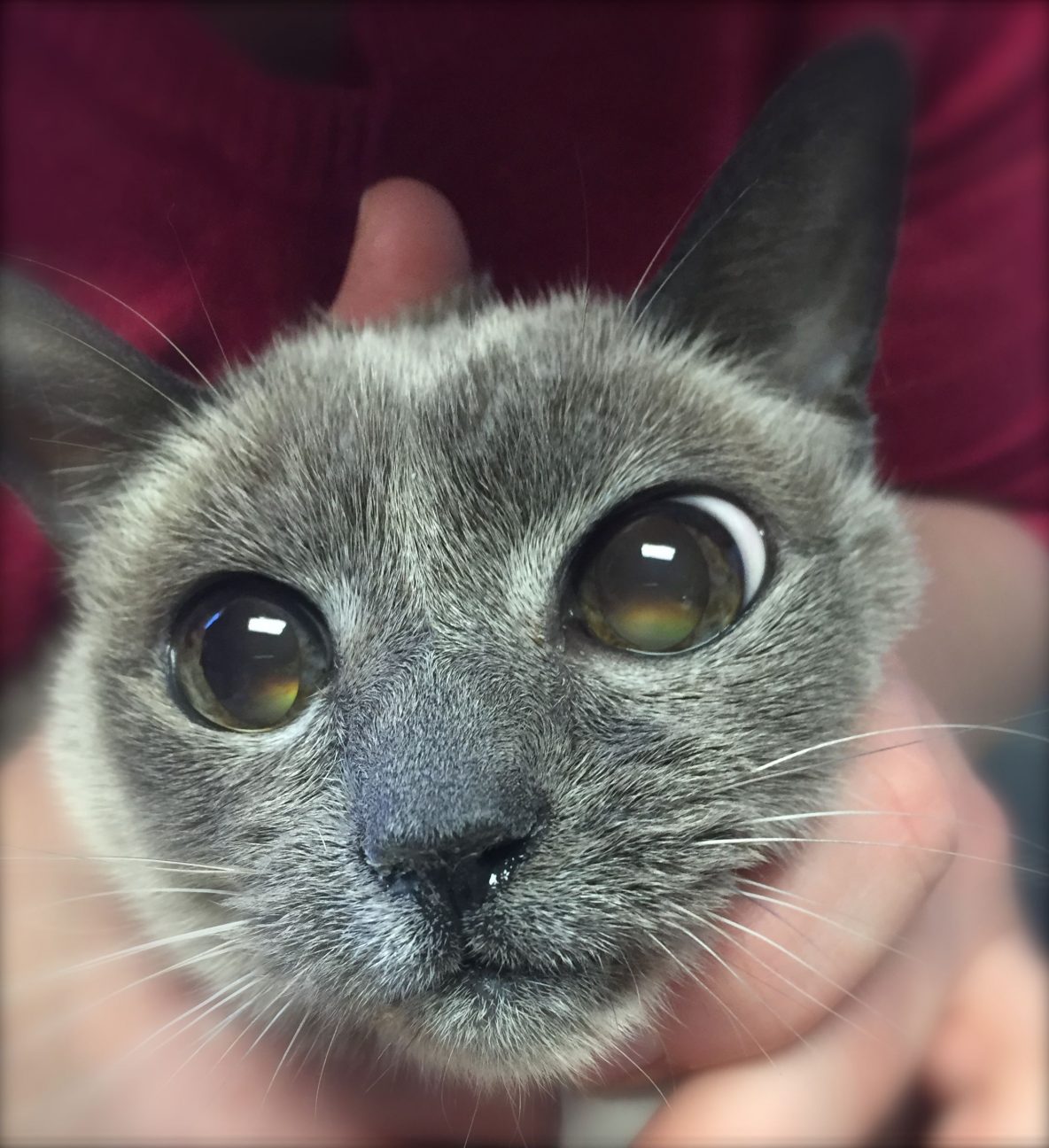 Lilly, an 11-year-old Siamese Blue Point cat had been experiencing congestion, sneezing, and coughing for the past  year. Her family noted that at times she was very tired and had drainage from her left eye and nose.

A CT scan and biopsy identified a lymphosarcoma involving the nasal cavity. Lilly had a cancerous tumor inside her  nose. The treatment of choice for cats with lymphoma is radiation therapy followed by chemotherapy. Due to the  location of the tumor, traditional radiation therapy was not an option. The family and veterinary team decided on  stereotactic radiosurgery or SRS. 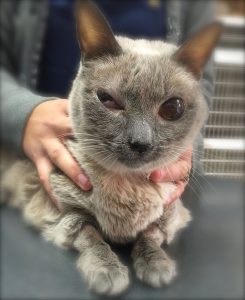 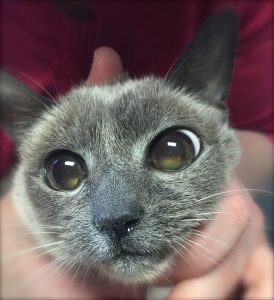 In late October of 2015 Lilly received SRS treatment. 2 weeks after her SRS  treatment Lilly is receiving chemotherapy and continues to improve.

Lilly was treated at PetCure Oncology at Care Center in Cincinnati, Ohio.