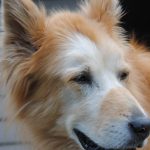 Karma Schobert is a 10-year-old Golden Retriever mix and a kind, old soul. According to her parents, Elizabeth and Joe Schobert, she is the perfect model of living each day to its fullest. Karma was diagnosed with malabsorption syndrome as a young puppy and therefore is chronically underweight. She lost... END_OF_DOCUMENT_TOKEN_TO_BE_REPLACED 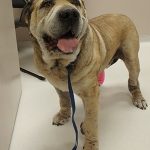 Rufus is a 12-year-old Mastiff/Shar-Pei mix that enjoys lying in the sun and rolling around in the grass. His owners, Karen and Lee Dickson, rescued Rufus in 2005 when he was about a year old. At that time the Dicksons were living in London. Lee had noticed a woman walking Rufus and commented on how handsome... END_OF_DOCUMENT_TOKEN_TO_BE_REPLACED 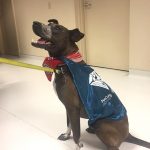 The Journey to Remission

Every day, I see amazing things. Beau was given three months to live before his pet parents learned about stereotactic radiosurgery (SRS). His human mom, Cindy, called Beau’s treatment and recovery “miraculous.” Snickers was on his way to be euthanized when his dad decided he couldn’t go through... END_OF_DOCUMENT_TOKEN_TO_BE_REPLACED 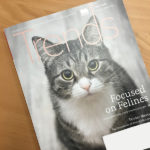 We were thrilled to read a great article on stereotactic radiation therapy, another common term that is used interchangeably with stereotactic radiosurgery (SRS), in this month’s issue of Trends Magazine. Trends is a premier monthly magazine published by The American Animal Hospital Association (AAHA) for... END_OF_DOCUMENT_TOKEN_TO_BE_REPLACED 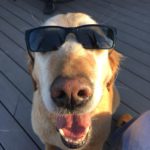 The first time Nancy and Craig Waikem of Massillon, Ohio, were introduced to canine cancer was in 2013. It was “the hardest thing in the world,” recalls Nancy. Between all of the steroids and side effects, the Waikems were left feeling sad and defeated. And while their first experience ended tragically,... END_OF_DOCUMENT_TOKEN_TO_BE_REPLACED

Older Posts
NEED ANSWERS? WE'RE HERE FOR YOU.
Call 833-PET-HERO now to speak with a member of the Pet Advocate Team.
Connecting You to Cancer Care: New Telehealth Options for Pet Owners & Vets in Response to COVID-19

Connecting You to Cancer Care: New Telehealth Options for Pet Owners & Vets in Response to COVID-19